Shani’s Sade Sati is the most frightening point in the world of astrology. Saturn occupies an important place in the Navagrahas. Saturn has the highest influence in Kali Yuga. Saturn’s father is the sun and mother is the shadow, hence it is also called Chhaya Nandan. The stories of Shani are found in the Vedas, Puranas, and Dharmashastras, but there is a lot of confusion about it in the people mind. Every native comes under the influence of Sati at least three and a half times in life. Saturn’s influence on the Moon of the horoscope is seen as a Sade Sati. Most of the people come to me with the question that what are the effects of the Sade Sati, which of the natives has a more adverse effect, which will have less effect, which is unaffected by the Sade Sati. Does the entire time of Sade Sati remain the same. If not, which time is more difficult and which time is relatively favorable. We will discuss all these topics in this article today.

Also Read: What will be the effects of the First Lunar Eclipse of 2021 on Zodiac Signs? Know

What is Sade Sati?

First of all, let us know what is Sade Sati. In the horoscope of the native, the degree at which the Moon is seated, 45 Degree before from that Sade Sati Starts. It starts with a radius of 45 degrees and continues until it reaches 45 degrees away from the Moon. This time is a total of seven and a half years, that is why it is called Sade Sati. Each Zodiac Sign is of 30 degrees. The journey of Saturn in every zodiac sign is of two and a half years. Its position up to 45 degrees on both sides of the Moon creates this situation. That is, three parts of two and a half years can be done.

Saturn’s influence on the Moon

One and a half year old compels us to work harder. Saturn is the God of justice and Moon is of mind. On our mind, we see the cruel effect of Saturn in Sade Sati. When we are unable to run with time, we lose our natural rhythm. This is called bad time. There is a much easier way to check whether a person has a bad effect of Sade Sati or Not, just ask the person what time it is now. Mostly, the victims of sade sati will give the wrong answer. If Saturn is not making a bad impression then the answer will come right. The concrete reason behind removing this formula is that bad Saturn invades our Central Nervous System and also causes trouble in our daily work. This is where the problem of timing starts. That is, you arrive at the right place at the wrong time or at the wrong place at the right time. This is the second major effect of Sade Sati.

I told you where the problem is visible and how it happens. Now the question of why should it be frightened and why not get scared. The answer to the first question is that, When any person has sade sati, his time and timing Sense goes awry. Then it should be checked first. That is, the ground measures to fix it should be started, work should be done by making plans and wherever you go, instead of wasting time, it should be reached with full information and time in the past. There are thousands of measures for own management. By this, the effect of half a century will be reduced by ninety percent.

Shani Dev in the scriptures

Shani Dev is specially empowered to provide the fruits of accumulated sin deeds. That is why Shanidev is called Magistrate. He is the foremost among the messengers of Yamaraja, the god of death, so Maharishi Ved Vyasa calls him ‘Yamagraj’ in the Navagraha Stotra. नीलांजनसमाभासं रविपुत्रं यमाग्रजम्। छायामार्तण्ड सम्भूतं तं नमामि शनैश्चरम्। In astrology, the cruel planet Saturn, dominated by tamoguna, has been described as a factor of sorrow. He is capable of giving tragedy to Gods, demons, and humans, etc. Perhaps that is why he is considered to be the planet that gives misfortune. But in reality, Shani Dev is the deity. The cause of man’s misery is his own actions, Saturn makes a provision of punishments in the present birth on the basis of bad deeds, like an impartial judge.

Saturn is only an instrument to punish a person for premeditated inauspicious deeds, the main fault lies with his deeds. If many members of the same family are affected by Saturn’s Sade Sati or dhaiya, then the head of the family or the eldest person can worship Shani Dev for the benefit of every person in the family. But many times it has been found in experience that only small members of the family take remedies when the effects of Sade Sati is on most of the family members. In such a situation, they are delayed or hindered in achieving the proper fruit, and life in the house becomes discordant.

Due to quarrels and disputes between the brothers, the situation of partition arises and the joint business and family is fragmented. This also tarnishes social prestige. The accumulated wealth of the family is also spent on the health of the members. Therefore, to avoid the above situation, the eldest person of the family should pray daily and offer sesame oil to the idol of Saturn from right / left every Saturday. The recitation of Shri Shani Chalisa should be done regularly. All family members should pray for the blessings of Shani Dev. 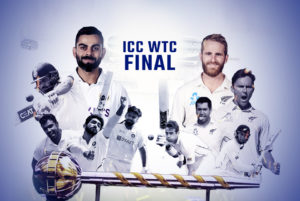 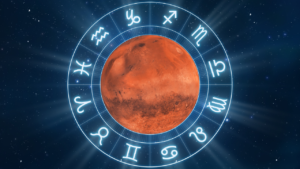 Mangal Dosha: What is Mangal Dosh? Know how to overcome it 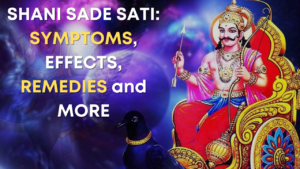 What will be the effects of the First Lunar Eclipse of 2021 on Zodiac Signs? Know 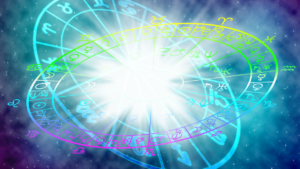 Birthday Horoscope by Date of Birth

Repeating Number Patterns: Do They Mean Something?