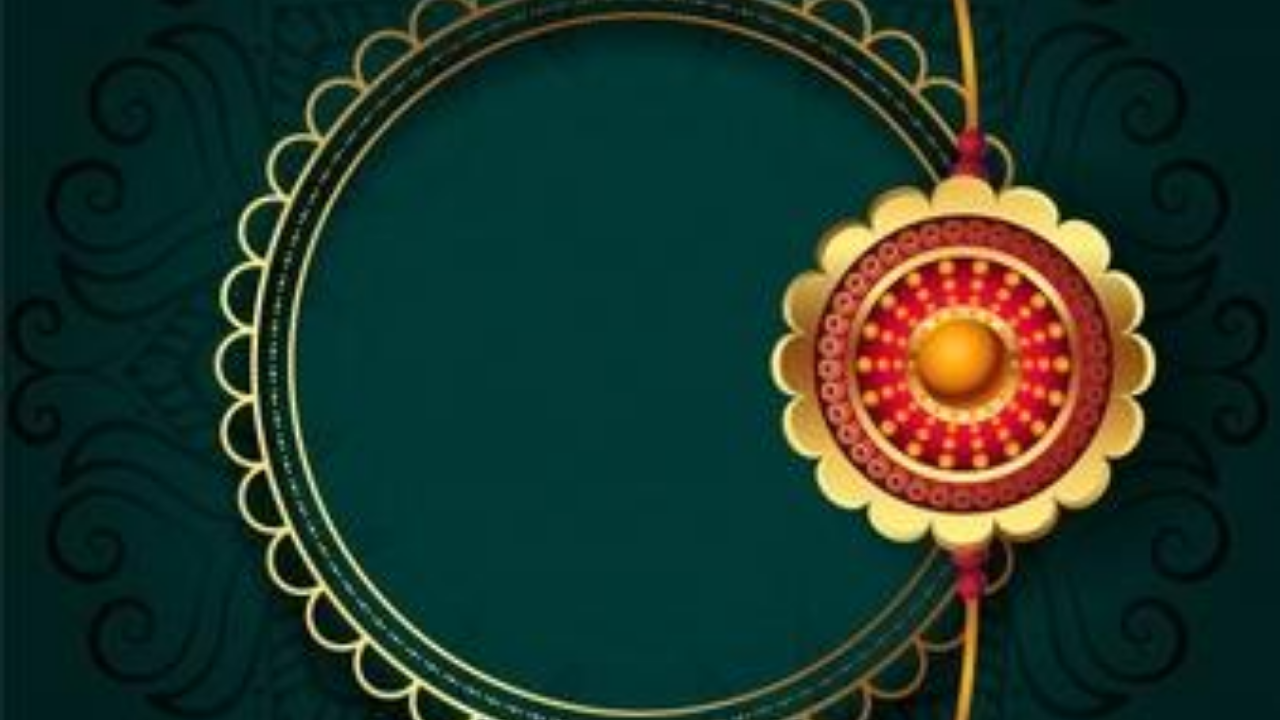 One thing that reduces the distance and brings us all together in such a populated and diverse country as India is our festival. In India, Raksha Bandhan, popularly known as Rakhi, is one festival that always manages to reinforce the bond between brothers and sisters, even if the two live in different cities. No wonder it is one of the most popular festivals of India.

The expression ‘Raksha Bandhan’ in Sanskrit literally translates to ‘the bond of protection, obligation, or care.’ Sisters look forward to tying the sacred thread, a talisman, called ‘Rakhi, ‘on her brothers’ wrist every year on this auspicious day. This year, this beloved festival will be celebrated on 3rd August, and the day happens to be a Monday. Since we Indians strongly believe in doing everything at an auspicious time, the shubh muhurat for Rakhi pooja is from 09:28 am to 21:14 pm and Bhadra (malicious time) gets over at sunrise.

According to tradition, family members prepare for the rituals early in the morning. To purify the mind and body before starting any preparations, everybody is required to bathe and freshen up. Sisters prepare the puja thali, consisting of red moli, tilak, Rakhi, rice grains, agarbattis (incense sticks), diyas and sweets. After praying to the deities of the family and offering sweets, the sister performs ‘aarti’ of her brother and ties the Rakhi on his wrist. Many sisters even get special fancy Rakhis or cartoon Rakhis for her brother to show her love. Then, she puts a mix of tilak and rice on her brother’s forehead and offers him sweets and chocolates. The sister wishes for her brother’s long life and happiness, and in return, her brother acknowledges the love with a promise to stand by his sister and protect her all his life. Brothers also pamper their sisters with gifts. The festival also holds special significance for married women, as she looks forward to going to her parents’ home to perform the ritual with her family.

On this day, the ‘rakhi’ that sisters tie on their brothers’ wrist doesn’t remain just a thread, but a mark of pure and unceasing love between the two. This sacred festival is not necessarily for brothers and sisters related biologically. Even blood relatives and cousins can perform the ritual. Nowadays, girls and women tie rakhi to any male they look up to as ‘a brother’.

In earlier times, Rakhi threads in India were amulets, used by women as prayers to protect their brothers going to war. Rakhi even finds a mention in Hindu Mythology. In Mahabharata, Draupadi tied a rakhi to Lord Krishna before he went to war, and Lord Krishna advised Yudhishthir to perform a similar ceremony to protect himself and his army from the dangers of the war. It is not only this instance, but it is also said that Kunti, the mother of the Pandavas, tied rakhi to her grandson Abhimanyu.

Rakhi also has a social significance, since it underlines the notion that everybody should live in peace and harmony with each other. It encourages love between two people and promotes amicability.